Since the creation of Facebook, its algorithm has been evolving every year. In order to succeed in marketing on Facebook and get a higher score, the business must understand the algorithm. From now on, the question that arises is, “How does Facebook’s algorithm work?” You will get the answer at the end of this article, with a bonus of how you can work around Facebook’s algorithm for your own benefit.

You’re probably wondering, “What is an algorithm?”. On a social network such as Facebook, it is a mechanism that controls posts. In other words, it classifies the posts of friends, groups and pages on a user’s news feed.

Developed by engineers, the algorithm evaluates the most relevant content in the eyes of Facebook. In principle, the goal of all platforms is for their users to spend as much time as possible seeing more ads.

In order to achieve its goal, Facebook uses a combination of calculations that collect data, based on machine learning. The algorithms constantly conduct studies on user preferences and behaviors, so that they can analyze the network and the interests of users. After that, decide on the order of content that is displayed on the users’ news feed.

As SEO strategists at Google do, social network managers must first understand the advantages of the platform they are working on. We’ll see later that Facebook’s algorithms evolve and improve over the years. That’s why, in order to ensure maximum longevity of your content and performance of your Facebook page, always be up-to-date on the latest news.

The Facebook Meta algorithm is designed to make improvements to Facebook’s algorithm to allow users to see the content that interests them most. Ranking signals are criteria for suggesting content on the News Feed. Over time, the list of signals has evolved to add, remove or even change content. Simply put, Facebook wants to show what it thinks users want to see.

Below, we list the chronology of Facebook’s algorithm over the past few years:

It was in this year, that today’s news feed was born. At that time, it was known as the News Feed.

The EdgeRank algorithm is launched: its principle is to offer a better score to better organize publications. This score is determined according to the freshness, affinity, typology of the post, user engagement, and the expected attractiveness of the content.

The first algorithm is in place. Its objective is to display first the posts with the most “likes” on the news feed.

Facebook is starting to sort pages well. It uses a new feature: the famous “see first”. This feature gives users the ability to choose which publications they want to see first on their News Feed.

Other reactions are added to the “Likes: Grrr, sad, love”. Video playback time is a performance criteria for a publication. It is a new signal that aims to make the videos they watch to the end go further up to the Internet users. This signal is called: the completion rate.

Facebook’s new algorithm prioritizes “meaningful interactions”: that is, posts from close friends and family. To make the algorithm work to its advantage and ensure the performance of their publication, companies must produce more interaction.

The social network allows its users to choose which publications are shared. The algorithm evaluates the credibility and quality of the information in order to avoid false information, also known as fake news.

With a new algorithm update, Facebook is giving its users access to their data in the best way possible. To do this, it has developed 4 factors to personalize the content shared on the News Feed:

➤ The signal: Facebook’s algorithm evaluates posts based on date, type, nature, origin and reactions to the post;

How Facebook's algorithm will work in 2022

Since January 2022, there is no more “News Feed”. When you scroll down Facebook, the publications are grouped in the so-called “Feed”. Indeed, the News Feed highlights interactive and relevant content. But starting this year, Facebook’s algorithm chooses news based on 3 main signals:

These different signals are evaluated post by post to determine in what order to display it on the Feed. Facebook’s users can also condition the algorithm by customizing their Feed:

➽ publications that do not comply with community standards;

We list below 14 actions to take so that the Facebook algorithm can boost your publications and thus allow you to benefit from them.

To know your audience well, you need to answer the question “Who is your target audience?” Are you targeting entrepreneurs? Moms? Young people? Students? etc. With this, you can know the type of content they like the most.

Choose the best time to publish

Depending on the nature of your audience, you can determine the right time to publish.

Make sure you are present

Did you know that Facebook’s algorithm rewards diligence? So post regularly. To do this, use an editorial calendar.

Interact with your audience

Reply to private messages and comments.

Videos are the easiest way to capture attention.

Create a community with your audience

Create a link with your subscribers.

Encourage your colleagues to engage with your publications

Asking your collaborators to interact with your posts really helps you take advantage of the Facebook algorithm.

There, it is certain that the members of the group will see each of your publications.

Do not force the algorithm

Send positive signals to the algorithm. Avoid shady strategies to maximize your reach.

They always appear at the top of the Feed. In real life, they allow you to escape the algorithm.

Do a final analysis

Analyze the results of your publications often, so you can improve them in the future.

Are your Facebook posts a strategy for your marketing? Now you have all the keys in hand! Get started! However, if you need help, we’re here! Let us manage your page and save time! We’ll be happy to work with you!

How Facebook's algorithm will work in 2022 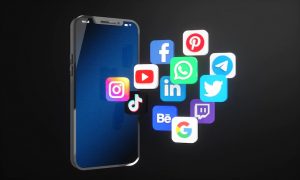 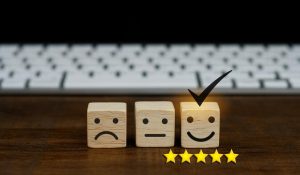 How to increase brand awareness on social media? Manage cookie consent
To provide the best experiences, we use technologies such as cookies to store and/or access device information. Consenting to these technologies will allow us to process data such as browsing behavior or unique IDs on this site. Failure to consent or withdrawing consent may adversely affect certain features and functions.
Manage options Manage services Manage vendors Read more about these purposes
View preferences
{title} {title} {title}
Open chat
1
Need for solutions ?
We are online for you!
Hello, my name is Jeremia.
How can we help you today?